← more from
Hand Delivered Records
Get fresh music recommendations delivered to your inbox every Friday.
We've updated our Terms of Use. You can review the changes here. 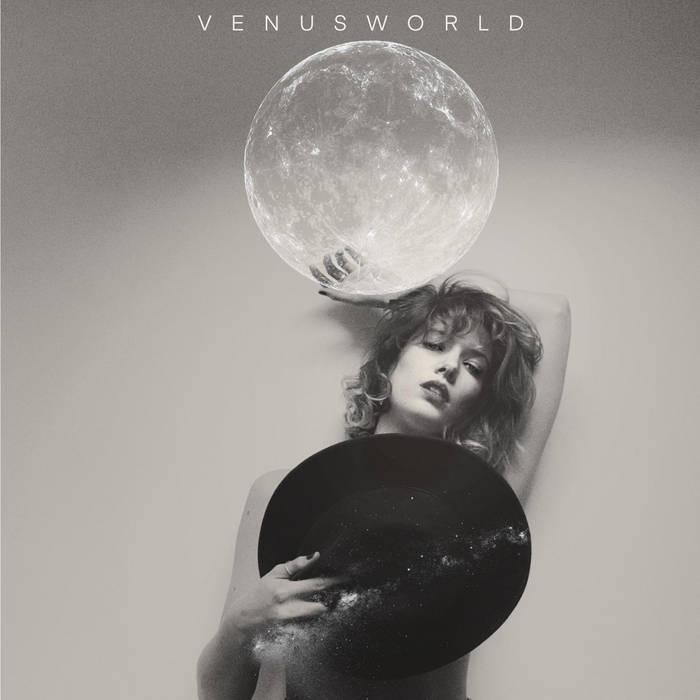 Sven B. Schreiber (sbs) This is another one of my favorite Twitch TV artists. Thankfully she plays lots of original songs, and not just cover versions, like many others - something I highly appreciate. This 75-minute album is solid proof of her boundless creativity. Watch her live at www.twitch.tv/venusworld Favorite track: Sea Songs Trilogy.

John O'Connor This is Radiohead cunningly disguised as Dua Lipa, it's Punk pretending to be Prog, it's quietly subversive, like being hit in the head with a sledgehammer wrapped in silk. It's genius.

arkangel052 Another beautiful collection of songs by Venus.

btrubert A wonderful album, I love the production and Venus' voice. The melodies are truly amazing, like something I was long waiting for, and that I can now finally listen to, on repeat everywhere and all the time :-). Congratulations!

damanique Whenever I listen to the Sea Songs Trilogy I always see an entire movie play in my head about the story that Venus tells through these haunting melodies. <3 Favorite track: Sea Songs Trilogy.

Quriosity Cat Venus takes us on a tour through her world, which is our world as well, more often than not. A haunting, eerie, powerful, and hurting world full of secrets, traps and escapes, sometimes so personal that it draws goosebumps. Favorite track: A Million Voices (Remix).

Over two years in the making, ‘VenusWorld’ is an album that has been shaped by the unique alchemy that happens when ‘artist meets fan’ in a live interactive environment such as music streaming. Venus, whose powerful and haunting voice and piano-playing lie at the centre of all her performances, has come to know her fans, their passions, their struggles and their values. And she celebrates her own stories and those of her fans through her compositions which explore subjects as challenging as addiction (‘The Devil at Your Door’ - lofi indie pop), as powerful as belief systems (‘God From Joe’s Perspective’ - alt indie) and as personal as imposter syndrome (A Million Voices’- lofi pop).

Co-produced with record-producer dad Bazza (who made his living as an engineer and producer in the formative days of the UK house music scene and who was one of the first UK songwriters/producers to sign to Motown’s UK publishing division), ‘VenusWorld’ is unashamedly diverse and draws its inspiration from a deep pool of musical influences that span several decades and many genres with flavours of Lana Del Rey, Adele, Aurora, Bowie, Radiohead and cinematic soundtracks. From the contemporary beats of the love song ‘Swathe of Stars’ to the 007 rock vibes of the paranoia-themed ‘Hunted’ to the stripped back acoustic rawness of ‘Her’- a song all about having the courage to express yourself - ‘VenusWorld’ is the unveiling of an artist who has truly found a way to express herself through a diversity of styles

All songs written and performed by Venus. Produced and arranged by Bazza and Venus. Recorded, mixed and mastered in HDR Studios, England.

UK singer-songwriter, musician and recording artist Venus has, through her live streaming site www.twitch.tv/venusworld, become a ‘Twitch’ music phenomenon. Recording artist Venus has grown a fanbase which currently stands at over 35,000, and has performed live for over 1200 hours. Venus was previously known as Sophie Janes. Debut album as Venus, 'VenusWorld' dropped 26/02/2021. ... more

Bandcamp Daily  your guide to the world of Bandcamp

Guests John Beltran and Kim Myhr walk us through their magical musical adventures.